Utilization of the State’s Budget

Home Tools we have developedUtilization of the State's Budget

Utilization of the State’s Budget 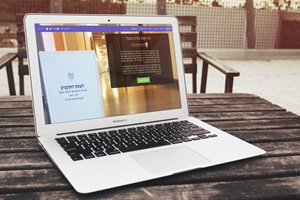 What do you know about the State's budget? In truth, you probably know quite a lot.

In recent years, we have become more exposed to data regarding the State's budget. This exposure helps us gain a better understanding of the way it is distributed among government ministries. Today, we are also better aware of the path that our money makes within the State budget and the transition of sums between budgetary clauses throughout the year.

The bottom line is simple – though we now have increased knowledge of the way our money is distributed, we still don't know how our budget is utilized.

Even after the budget passes and is distributed among the various clauses, government ministries still need to invest a lot of work in “realizing” these funds, meaning -- actually spending it in favor of the budgetary clauses for which it had been allocated.

We often tend to believe that the money allocated in the State budget is used in full, but this assumption is far from the truth.  The reality is that most budgetary clauses are not utilized according to their original plan. Many parts of the budget are under-utilized, meaning that the money has not been fully spent in favor of the purpose of the clause or not even spent at all. Conversely, in other clauses, the money “spent” deviates way beyond what was originally allocated.

Our examination of the actual budget utilizations allows us to look beyond budgetary allocations.  We can see the true picture of how our money was spent, which clauses were fully funded and which were not, as well as how much was ultimately returned to the State's treasury.

It is interesting to note that data regarding budgetary utilizations is being documented each year by the Accountant General at the Ministry of Finance.  While these figures are available to the public, they are very difficult to decipher and are presented in dozens of excel sheets that no one really looks at.

As a result, in this website, we took all the budgetary utilization data over the past decade and make it accessible in a readable, friendly manner, enabling a clear understanding of exactly what has been done with the budget.

The summarized data is readily available for everyone.  This information is also important for studies being conducted on Israel governance, in order to understand the obstacles met by the various government ministries in implementing their budget and what can be done to overcome them.